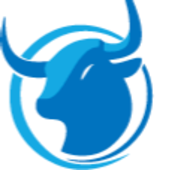 This is something but I am just writing down a stream of thought to see how it will look. Trust me, it is really cool whatever it is I am trying to say. 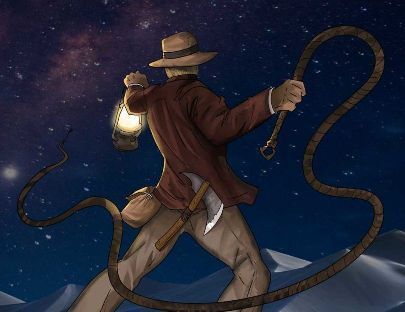 Let’s play a game - I want to build NFTs with the power of play -Bobby James.

NFT developers, Bobby James & Darian Kelsch are using the power of play and the technology of Web3 to create value and community

Humans Play Games - Play is a big part of human existence. As our animal friends, humans use play to learn and practice. Play is a powerful tool to relieve stress, connect socially, and escape the craziness of life.

The global sports industry is over $600 billion dollars. The fast-growing “gamer” industry is projected to be over $250 billion by 2025. Computer gaming drives innovation as it seeks better ways of pulling people into an adventure with better graphics and new ways of telling stories. These innovations impact the rest of technology.

Yet, computer games are more than graphics or technology. The most important part of any game is the gameplay. We all love to play and a good game knows how to meet that need.

NFTs: More than a Craze

The NFT space is starting to see the importance of games. Developers and creatives are scrambling to be the first to lock in their NFT project as the next cool thing.

We hear of the rise of the Board Ape Yacht Club or how overnight, kids are becoming millionaires. This has caused the great NFT gold rush. It is now easy to find developers wanting to sell a digital picture for $200k. Hundreds of new projects appear every month in the hunt for NFT gold. Unfortunately, most of the “prospectors” are coming up empty. What happened? Has the hype caught up with reality? Has the NFT bubble burst?

Not at all. This technology will change our world as the internet did at the end of the 90s. It will go through boom and bust cycles. Remember the internet bust of 1999 and 2000? Millions of startup dreams were shattered as the world wide web came crashing down. Of course, this was not the end of the web. Out of the muck, the giants of the internet today became ubiquitous in everyday life. The blockchain and NFTs are the new internet. Web3 is not a fad, but it is going through some growing pains.

As mentioned above, it wasn't about the technology or the graphics that made people play games, it was the gameplay itself. We err when we believe the value of NFTs is in the hype of the new technology. The Board Ape Yacht Club is as big as it is because of the engagement of the “players”. It’s not the technology that made it so because, in the end, it’s just pictures of some funny apes. It's the community that matters.

The Gods of Egypt NFT

With a gold rush, there always comes innovators. Bobby James and his team believe in the value of connecting through play. Are they making some crazy video game that you can attach to your NFT? No, they’re not. They are putting the adventure in the hands of the people and letting them play.

The Gods of Egypt NFT project will take people on an adventure to find the gods. They have created a fully immersive game that takes players across the internet to find 30 Egyptian gods. They call the NFT owners God Hunters. The gods are ultra-rare, but you have to find them. This is a game for anyone. Unlike Board Apes or other high-profile projects, this one is priced so anyone can afford it. Even better, it isn't the luck of the draw that gets the valuable gods: players get to go on an adventure, and the first to find the god wins it.

Some years ago, Bobby owned a gaming cafe and saw how games could bring people together. He says, “My cafe is gone but the community we created goes on”. The Gods of Egypt NFT is an online version of that cafe: the excitement of winning; the fun of finding the treasure; and the connections with friends. Sometimes innovation is creating something simple.

The gold rush is on with this crazy-simple NFT. The Gods of Egypt are online and waiting to be discovered. Will it be the next big thing? Who knows, but it sounds fun.